It was in the late 90s that my love affair with the Crescent City began. A magazine cover session of an emerging label called Cash Money Records opened up a world that I’ve been grateful to discover ever since. Whenever I come to New Orleans, it feels more like visiting an old friend rather than a destination. To illuminate some of the highlights from my packed trip, I’ve composed a timeline of some of the wonderful artists I had the pleasure of photographing. 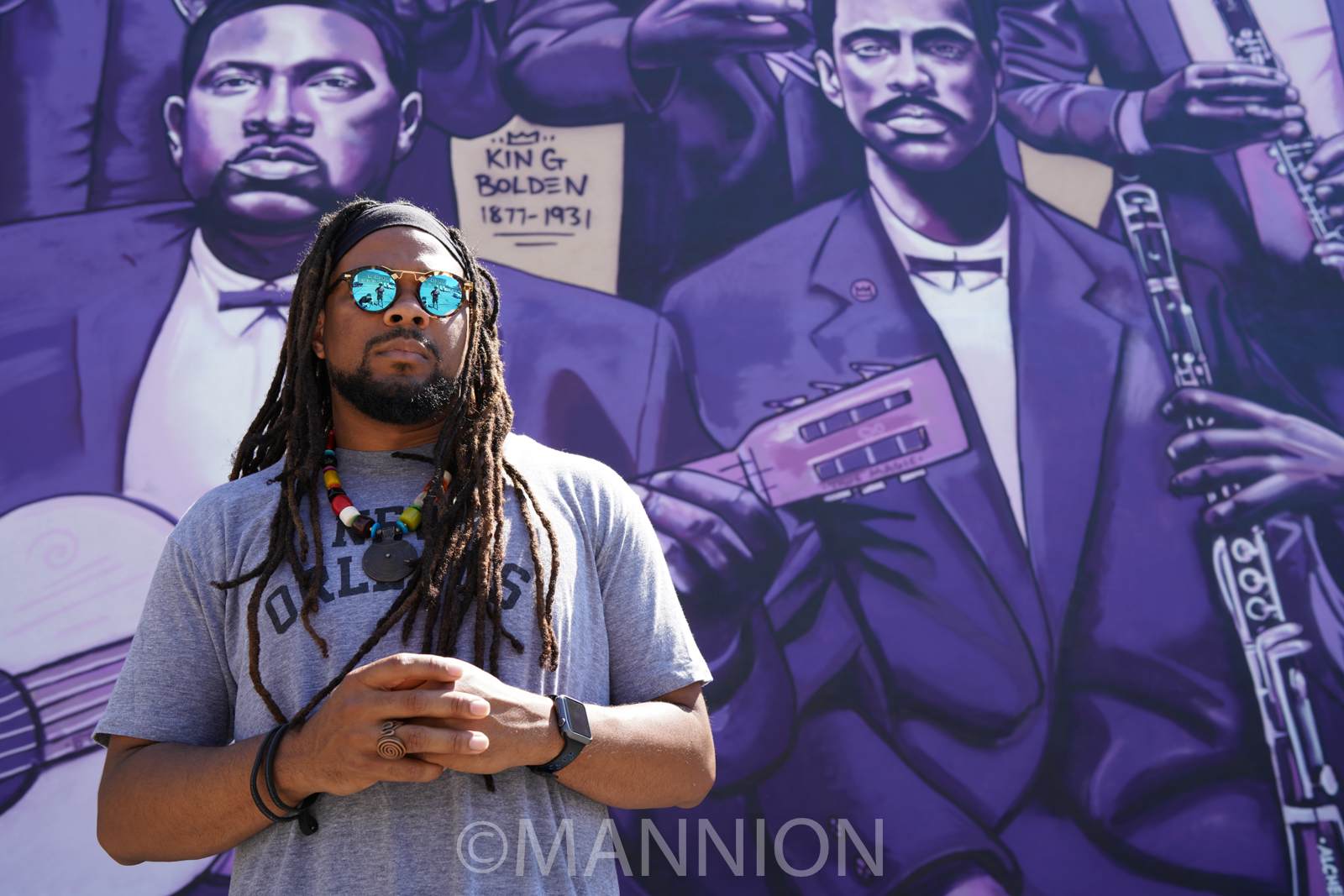 The paint was barely dry on this 4-story mural that my friend B Mike created to celebrate the life of the somewhat mysterious New Orleans jazz great, King Bolden (1877-1931), when I called to ask if I could photograph him in front of his latest creation. I’m always impressed by how muralists create on such a massive scale and I was excited to learn that this is one of the ways the city supports the creative minds in its midst. 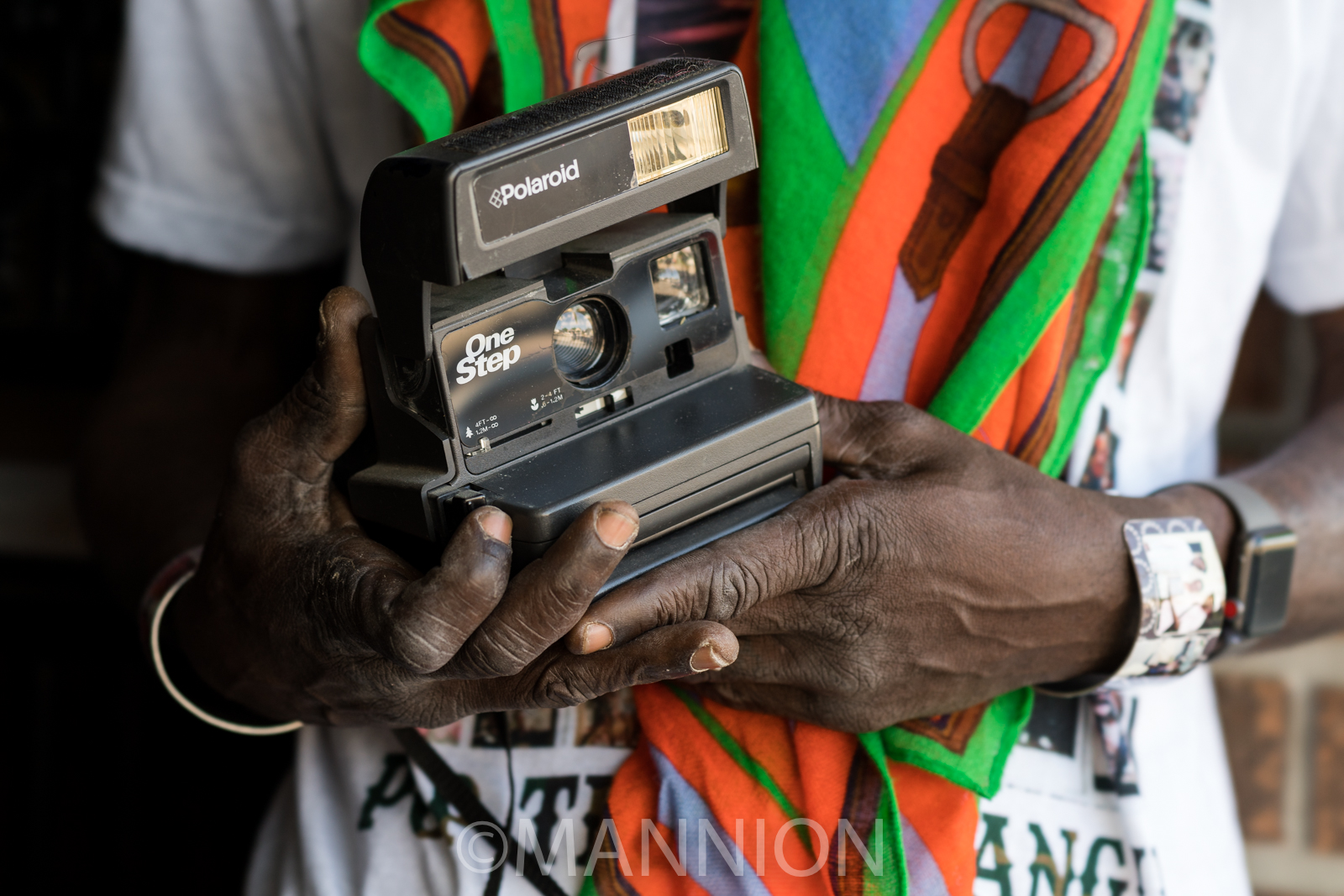 It’s always a pleasure to meet a fellow photographer. When capturing images, photographers are keenly aware that these moments will never happen again. Since 1987, Polo has been photographing the people in his community on instant film. Photographers GIVE photos, they don’t TAKE them. 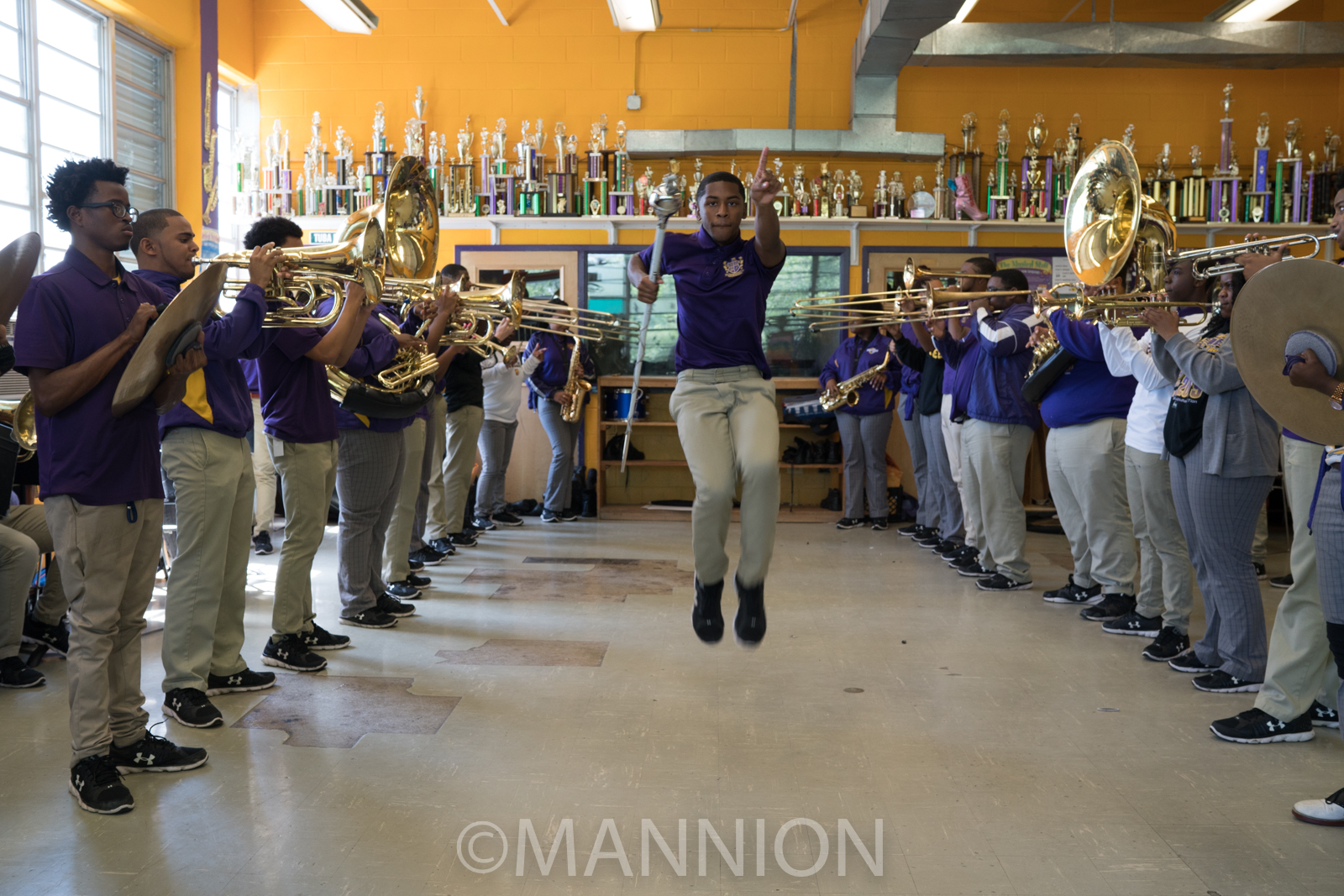 It had been ages since I’d been in a high school and I had never been in the presence of an elite high school marching band before. Even in their practice room, the talent, focus, and commitment of these young musicians was undeniable. During my session, an unofficial Soul Train line broke out and a dance party erupted. I was so energized that I showed the young bucks that this old man still had some moves! Check my IG, @jonathanmannion, to see me tearing it up with the infectiously exuberant Edna Karr High School Band! 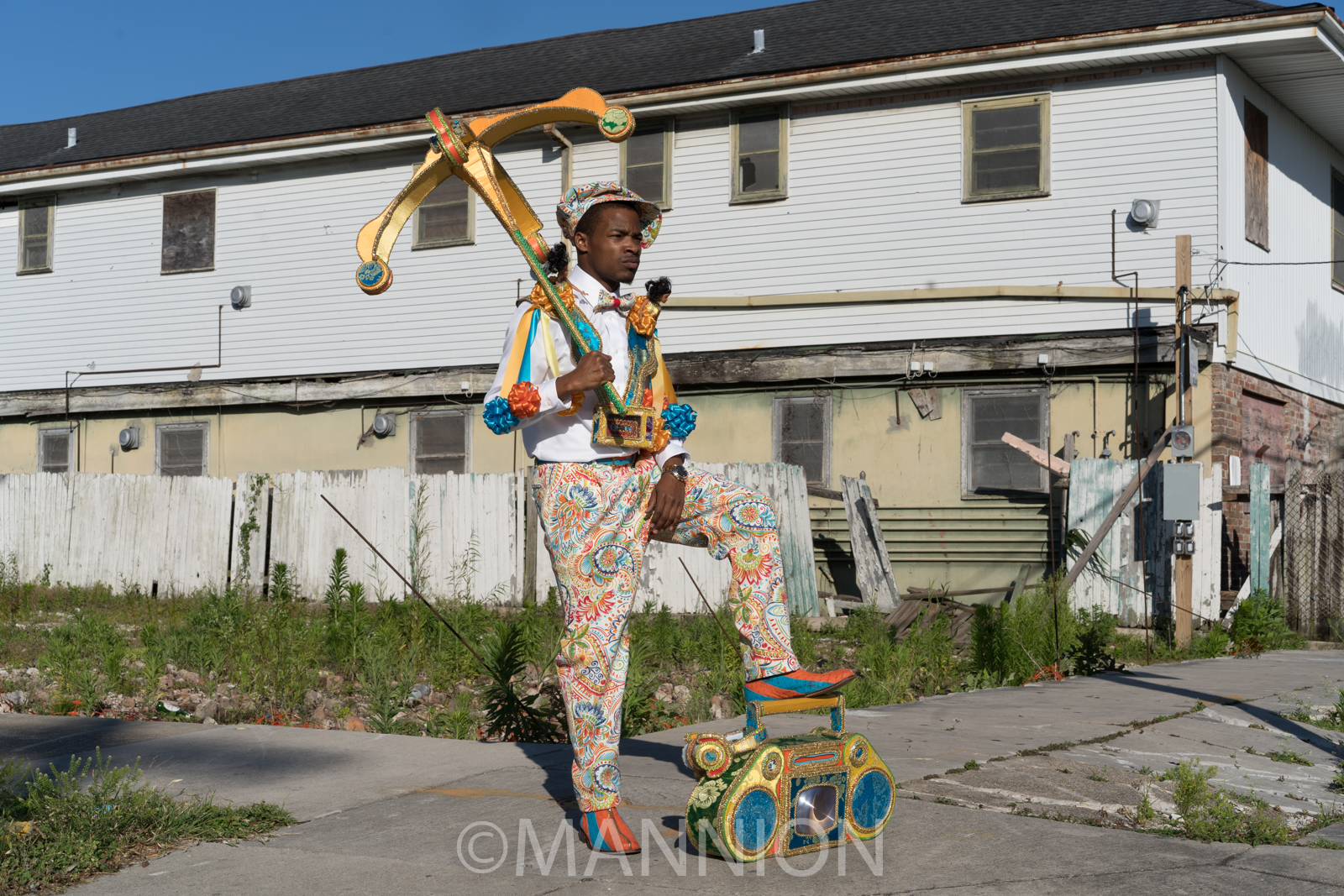 The impeccable style and meticulous care with which highly specialized, handcrafted items are created, begins to reveal the pride Mardi Gras Indians take to carry on their sacred traditions. Askia Bennett got dressed in his finest and gathered a number of boom boxes and remote controlled figures, created by Tyrone “Trouble” Miller, to showcase this year’s look for the Ole & Nu Style Fellas. A perfect example of how important music is to life in New Orleans. 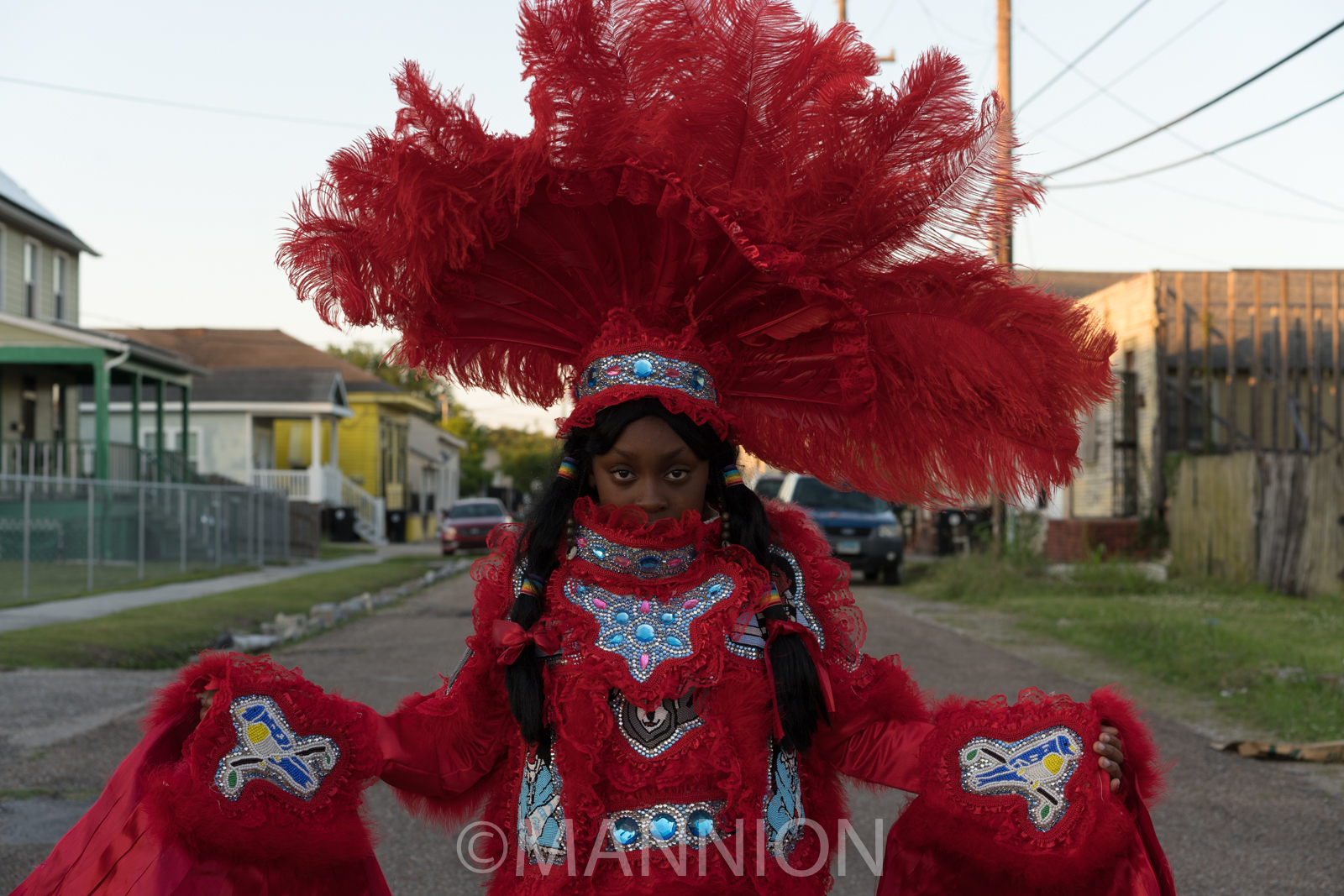 “I had to play the part,” was how Lil Queen Gee responded to her father when he asked, “Why didn’t you smile?” And boy, did she ever. I have rarely seen such intense and unwavering focus from a 9-year-old.

It is a distinct honor to call Troy Andrews my friend. As an elite, multi-instrument musician, I admire the breadth of his talents immensely. This was our 4th photoshoot together and for this round, I asked him to go the foundation. We began at the house where he grew up and from there, we wandered through Tremé with him telling me stories as I documented him, the architecture, and the community that means so very much to him. So many people greeted him during our stroll— they shouted love from passing cars, stopped to grab selfies, and one elder, “Big Chief Bob” aka “Steady Bob” or as Troy affectionately called him, “Big Chief Up The River,” even gave an impromptu performance for an organic crowd that gathered on the street.

Big Freedia, The Queen Diva, came to dominate the stage with her incredible quartet of dancers and singers. The love showered upon her by the diverse people of New Orleans is a testament to their commitment to creating a space for anyone to be free and precisely who they are. 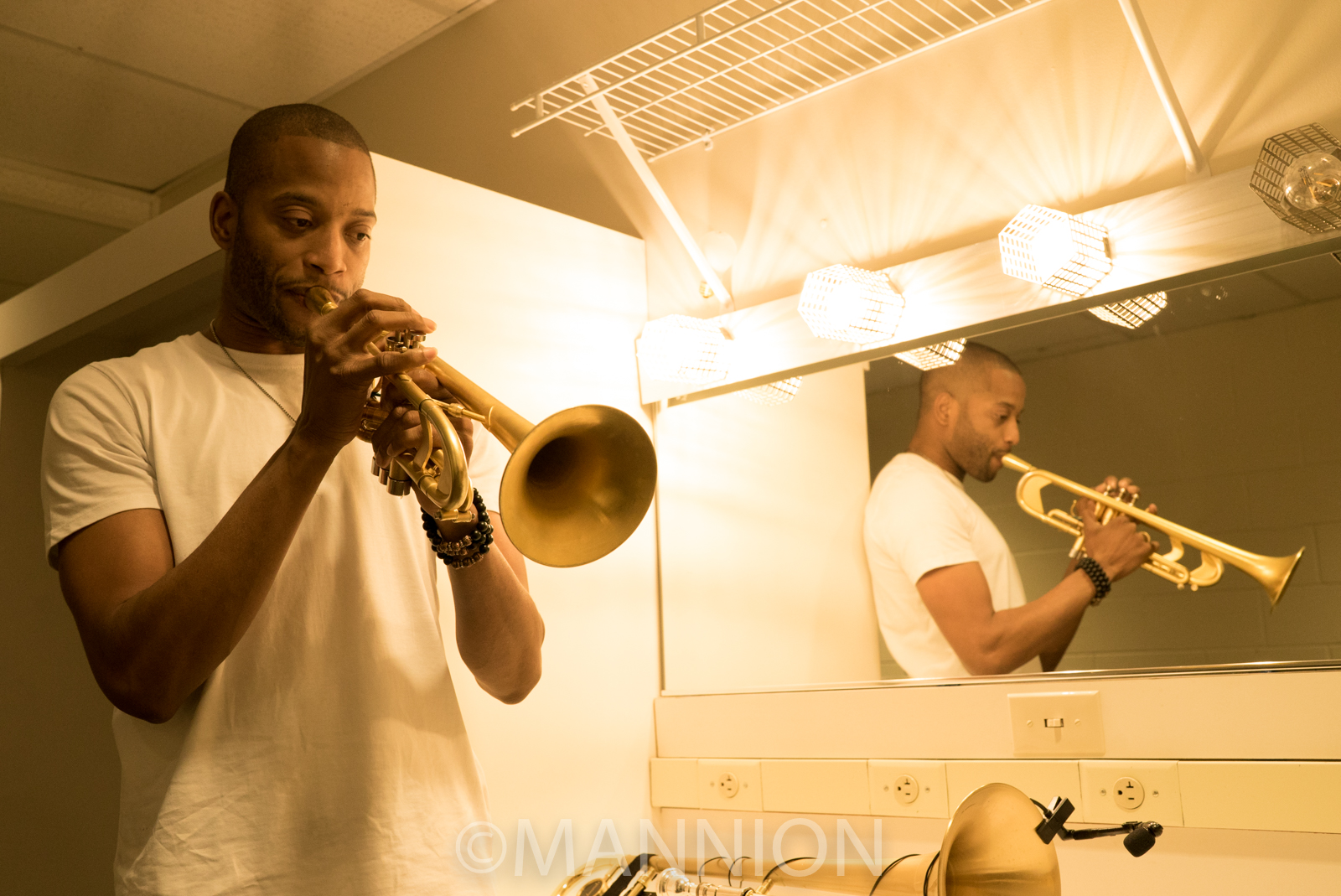 I grabbed this picture of Troy before he took to the stage with the likes of Kermit Ruffins, Irma Thomas, Mannie Fresh, Jon Batiste, and Dierks Bentley for an epic 3-hour concert during which he seamlessly navigated through at least 5 different genres of music for a sold-out audience without taking a single break. As a performer, he is relentless and transcendent.

Divine intervention and alignment with my purpose in equal measure can account for the visual gifts that I have received over the years of photographing in NOLA. I’m grateful for my time here visiting an old friend. New Orleans is a city that brims with opportunity as long as your heart is open to receive it. This journey rekindled my love for the talented, humble, generous, and resilient people of New Orleans. I hold this jewel of a city close to my heart and can’t wait to return.

Visit New Orleans and start your story with #OneTimeinNOLA

The Oak Trees Came to Life