By Ian Donnelly December 18, 2018
The Mardi Gras Indian tradition is an iconic New Orleans custom. And it’s one of the city’s most authentic, creative forces.
The practice dates back centuries, weaving history, art, and community pride into its own unique artform – one that’s steadfast, incomparable, and an only-in-NOLA treasure.

The elaborate, radiant suits. The familial bond and symbolic roles. It all called Tahj to follow the family tradition and led her to the Golden Eagles tribe. 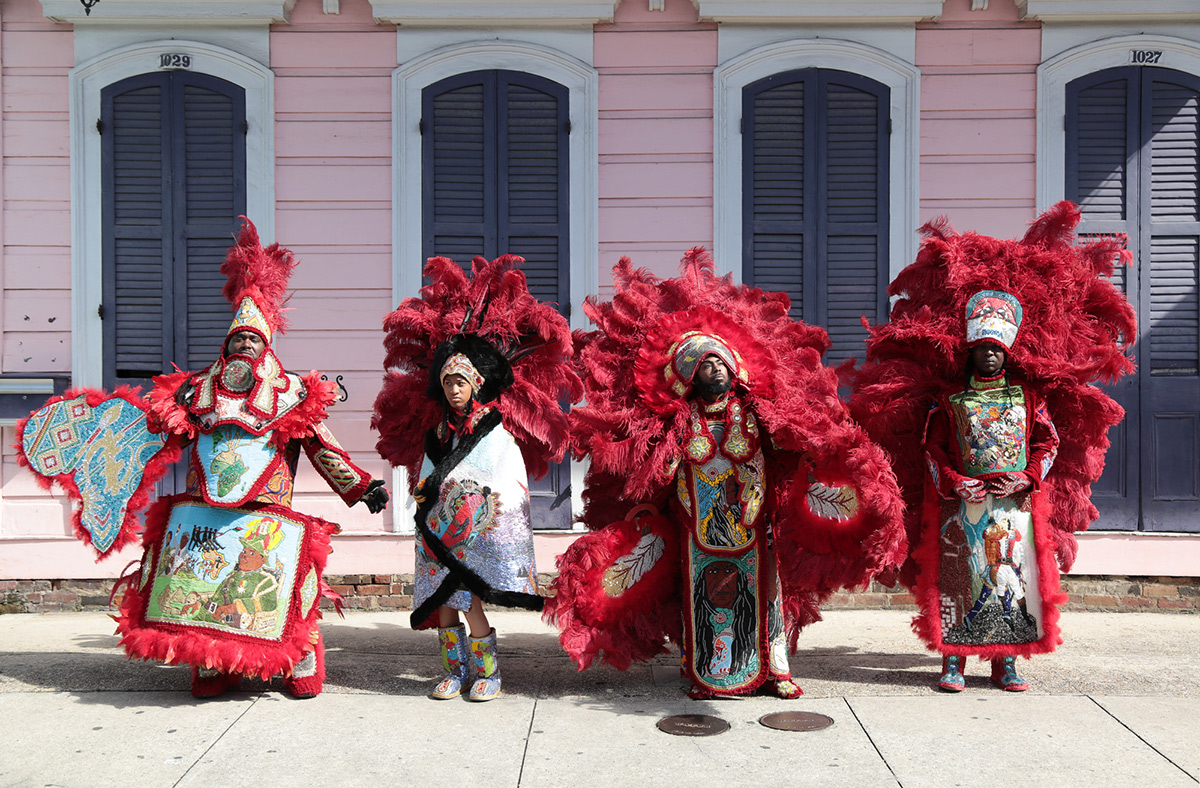 In the long and storied history of Mardi Gras Indians, the Golden Eagles are larger than life.

"What sets us apart from every other tribe in the city,” Tahj explains, “is that we mask under the legendary Chief Monk Boudreaux, who traveled around the world singing Mardi Gras Indian songs.

Led by one of the most well-known champions of the Mardi Gras Indian culture, the Golden Eagles are dedicated to preserving their rich tradition. And like everyone in her tribe, Tahj understands the beauty, significance, and power of music.
The tribe’s songs are intertwined with every custom and ritual, from morning prayers to victory cries. It’s the thread that bonds it all together. The music keeps the tribe in tune, moving with rhythm, with each melody telling its own unique story.
The Golden Eagles tribe spend all year crafting their one-of-a-kind suits. These dazzling pieces are all hand–sewn and take countless hours to create – and each member of the tribe weaves in their own style and personality.
From SpyBoy to Chief, their stories shine through intricate mosaics of beads, feathers, and dedication. 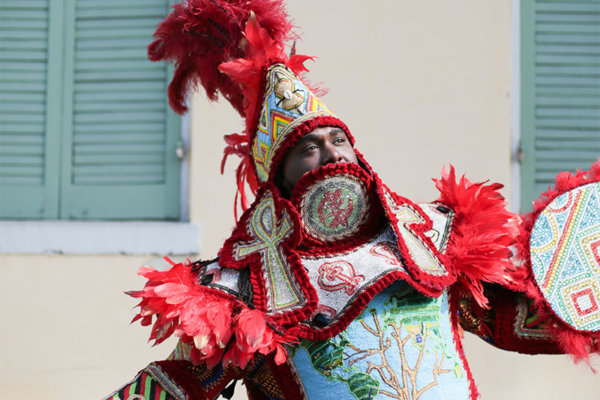 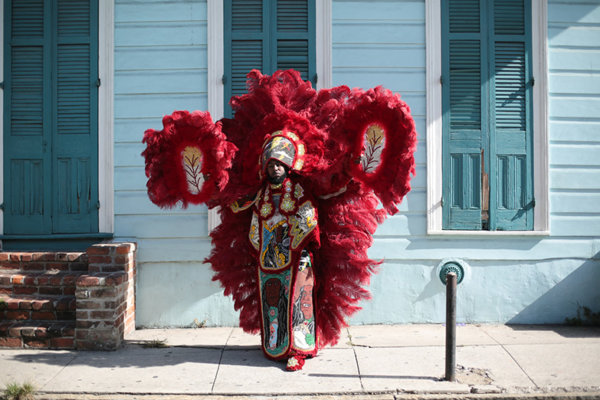 Like so many Mardi Gras Indian traditions, the artistry of suit-making perseveres through each new generation. And it empowers Tahj to find her own creative freedom within a time-honored practice. 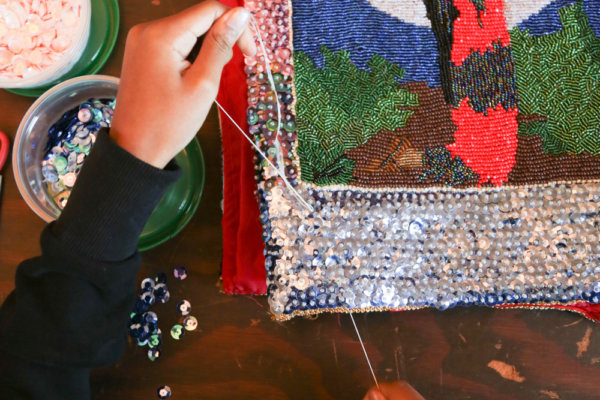 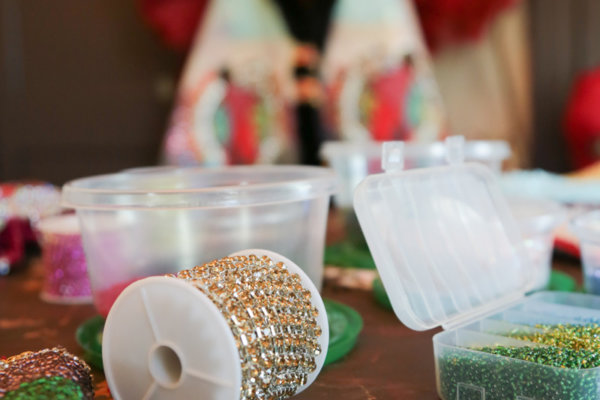 “Every year I make a different suit. I let the needle guide me and I build whatever my heart tells me to build.”

Mardi Gras Indians only make a handful of public appearances every year. They debut their suits on Mardi Gras Day. They don their suits again on St. Joseph’s Day. And on Super Sunday, they come together with the whole community for a city-wide celebration.

For Tahj, Super Sunday is always a highpoint. It’s a city-wide festivity filled with tradition, pride, and personal connections.

The largest Super Sunday celebration takes place in New Orleans’ Central City neighborhood, where the Golden Eagles parade through the streets and meet dozens of other tribes, converging to perform and display their suits. And the community gathers every year to watch this iconic New Orleans tradition come to life. 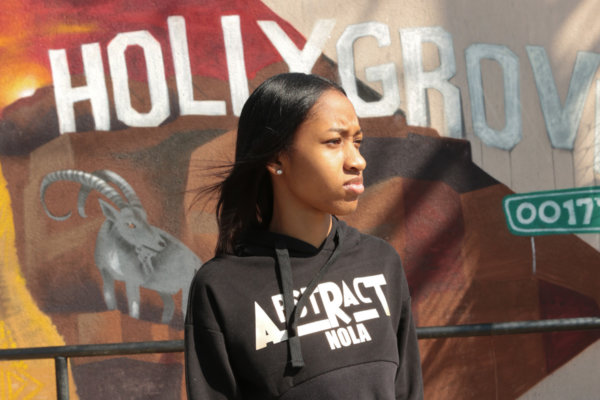 It’s that free-flowing inspiration that makes Mardi Gras Indians so special. The give and take of creative spirit. It’s an essential part of the tradition – and it’s what Tahj Williams treasures most in her art, her tribe, and the New Orleans community.
History guides each Mardi Gras Indian tribe. Tribes drive each other to make more vibrant and grandiose suits every year. And events like Super Sunday spark new generations to follow their footsteps, find their creative vision, and write the next chapter.
But Tahj’s story doesn’t stop there. See more on her Instagram page. Learn more about the history and excitement of Super Sunday. View the city through the lens of all our featured local artists.
Follow your inspiration and discover your own #OneTimeInNOLA story. 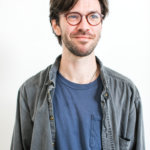 Ian Donnelly is a textbook example of a Mardi Gras tripper turned born-again New Orleanian. He came for a weeklong visit and found the magic that songs and stories always promised. A copywriter at FSC Interactive by day, he prefers to spend his nights in costume, on a whim, and in hot pursuit of his own New Orleans story.

View all posts by Ian Donnelly

A Poet’s Keystrokes Echoed the Spirit of New Orleans