Blame the improvement of New Orleans’ coolest confection on one man’s need for clean.

It was a summer day during the Great Depression when Ernest Hansen got the idea that would shape his life. He and his son, seeking relief from the heat, watched as a man rattled past with his sno-ball cart. Hansen wouldn’t bite, soaring temperatures be damned.

Sno-balls had already become a Southern summer staple. Vendors shaved ice by hand, off a block and into a cone. Next came the flavors. Spearmint, strawberry, pineapple. The tastes of the season. Liquid ruby, emerald, sapphire. A treat fit for a king.

It was cheap, simple, and satisfying.

It was not, however, the most hygienic delivery system.

Ernest Hansen believed there had to be a better and cleaner way. So he built it.

In 1934, Hansen created his own electric ice-shaving machine, no hands required. It was sterile. It was fast. It could keep up with demand. Use of his machine and other ones like it became the norm. There were sno-balls for all. 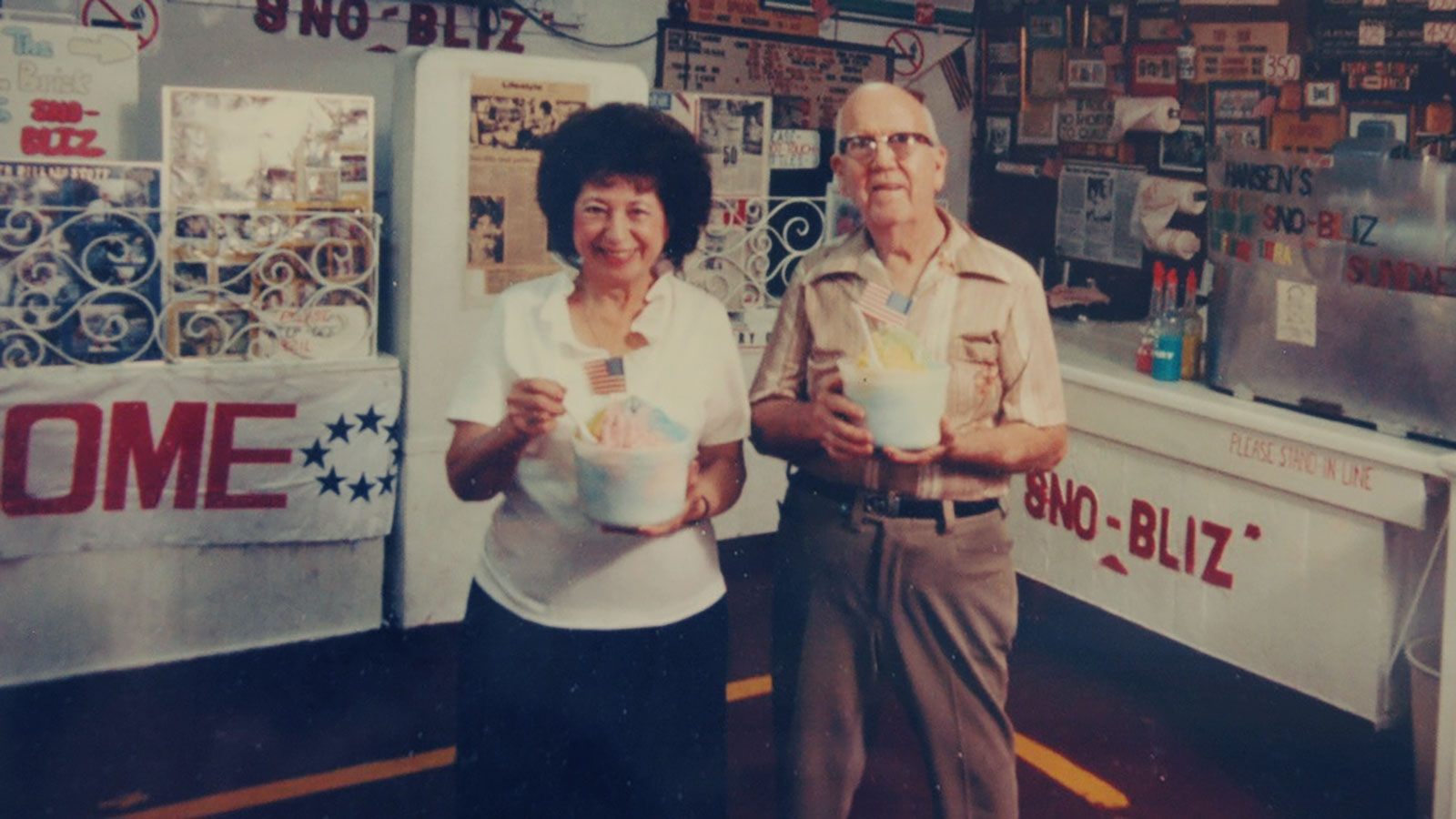 Five years later, in 1939, Hansen and his wife Mary opened their own brick-and-mortar outfit, Hansen’s Sno-Bliz, on St. Ann Street. The couple ran Hansen’s until they passed. Their granddaughter, Ashley Hansen, is now in charge, and these days, you’ll find Hansen’s Sno-Bliz on the corner of Tchoupitoulas and Bordeaux. It’s a small building, marked by a strip of peeling pink paint at its base and a long line.

Locals swear they open and close whenever they please, but the hours are painted just above the door.

Inside, old photographs and handwritten notes crowd the wood-paneled wall.

“THERE ARE NO SHORTCUTS TO QUALITY.”

It appears more than once.

The menu is ragtag. There is not one sign, no clear path to an easy order. Instead, bits of paper and poster board clamor for your attention, each advertising its own flavor, size, toppings. Squares of glued-on cardboard denote changed prices. A kind of papier-mâché mess.

The selection of flavors have expanded over the years to reflect new tastes. Cardamom, satsuma, honey lavender. The machine is still the one Ernest built in 1939. It’s been bringing snow to the South all these years – the kind you want.

Visit New Orleans and start your story with #OneTimeInNOLA.

The French Quarter Stayed the Same