New Orleans has a good claim to being America’s showroom for religious diversity. Largely Catholic because of the early French influence, the city subsequently witnessed the arrival of various Protestant denominations, African syncretic religions, Buddhism (from the recent influx of Vietnamese immigrants), and practically everything else. One of New Orleans’ oldest religious communities also happens to be one of the world’s oldest religious communities – New Orleans is home to one of the oldest and most vibrant Jewish communities in the United States. If you’re skeptical, I direct you to this website, especially devoted to tracing Jewish genealogy and history in New Orleans and Louisiana at large. 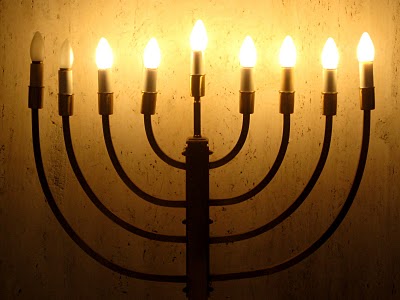 You don’t have to look far to see the Jewish impact on the city. Touro Synagogue’s congregation traces its history back to 1828, when they established the first Jewish congregation west of the Mississippi and the sixth in the country. They currently worship in a stately building built in 1909, a testament to both Jewish devotion and Jewish ability to find talented architects. The building is open to tours, and the congregation hosts a regular Jazz Shabbat and, for the especially Reform-minded, occasional crawfish boils. If you’re looking for a less treyftastic meal, New Orleans is also home to two kosher restaurants: Kosher Cajun New York Deli and Casablanca, recently voted New Orleans’ best Middle Eastern restaurant. (And as you know, being the best restaurant in any category in New Orleans means beating tough competition.)

New Orleans is, of course, famous for its celebrations. This has worked out well for the Jewish population, as they’ve been given the opportunity to give a Jewish twist to New Orleans celebrations, as well as welcoming a New Orleans influence into Jewish holidays. New Orleans has two Jewish Mardi Gras krewes: Krewe du Jieux (get it?!), and Krewe du Mishigas, which team with larger krewes (most usually the bawdy Krewe du Vieux) to add some yiddishkeit to the Gras. And with Hanukkah coming up, there are plenty of places to have a very “who dat” holiday. Every night during the holiday, Temple Sinai will host “Hanukkah by the Riverwalk,” featuring the lighting of “the largest menorah in Louisiana,” music, games, and free latkets I’ll say it again: free latkes! On the night of Dec. 10, the Jewish Community Center (which, continuing the Touro trend, is also housed in an architecturally interesting building on St. Charles Avenue) will host a free picnic dinner and concert, beginning at 5:30. So come on down and sample Jewish New Orleans – it may not be the original Promised Land, but it comes close.

Listen to the New Orleans holiday podcast with Chef Alon Shaya who makes latkes from his Domenica Hanukkah menu!