Get the Local Gay Perspective

Sign up for your monthly guide of all things lesbian, gay, trans, bi, and queer happening in NOLA.

The people of New Orleans are one of the main reasons for it's charm. Photo: Zack Smith

New Orleans is known as the “gay capital of the South.” From the early days of Tennessee Williams, Truman Capote, and Clay Shaw, to a recent Gallup survey that listed it as the #4 most LGBT populated city in the U.S. New Orleans has long been a welcoming place for members of the LGBT community.

Now, as the city celebrates its Tricentennial, New Orleans has been awarded the #2 spot for “Most Welcoming City” in the 2017 GayCities Readers’ Poll. Add to the accolades, the #5 spot on Advocate’s Queerest Cities in America 2017, and you’ve got plenty of reasons to visit. Below, meet some of the interesting LGBT locals who are sharing their favorite places to go, things to do, and why they love their city. 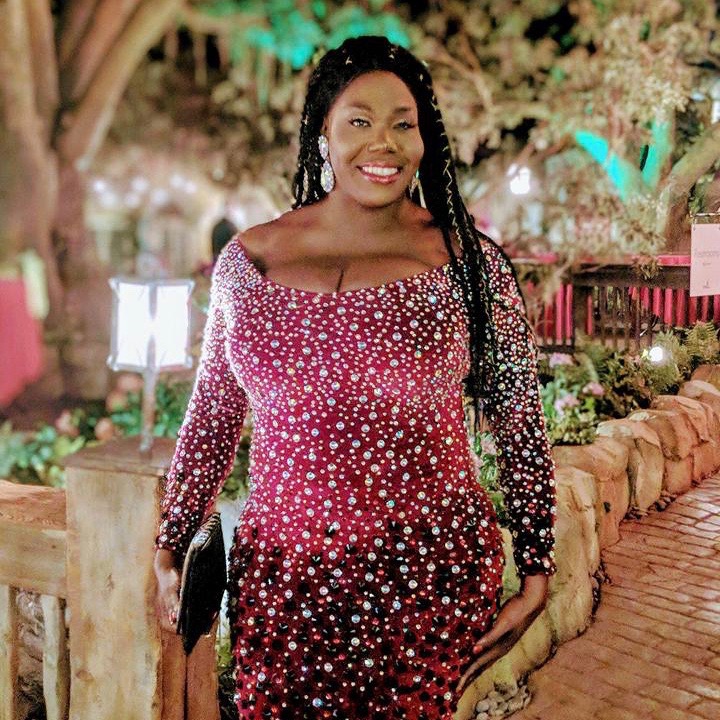 Why do you think New Orleans is such a great place for LGBT people to live and visit?
First, they can come here and be themselves. I feel totally free to be my authentic self. People are not too quick to judge, instead they embrace you and welcome you with open arms. So spread your wings and fly, you beautiful butterflies! Next, every art form you can think of is here and waiting for you. Last but not least, this city never sleeps. There’s always something to do.

What do you love most about being a part of New Orleans’ LGBT community?
I was born in a small town called Macon, Mississippi but I’ve traveled all over the world and explored a lot of different cities. For me, the LGBT community in New Orleans is very family oriented. I’ve discovered a lot of support groups and organizations that cater to helping the LGBT community. The love people have expressed towards me has helped me identify and learn my self-worth. 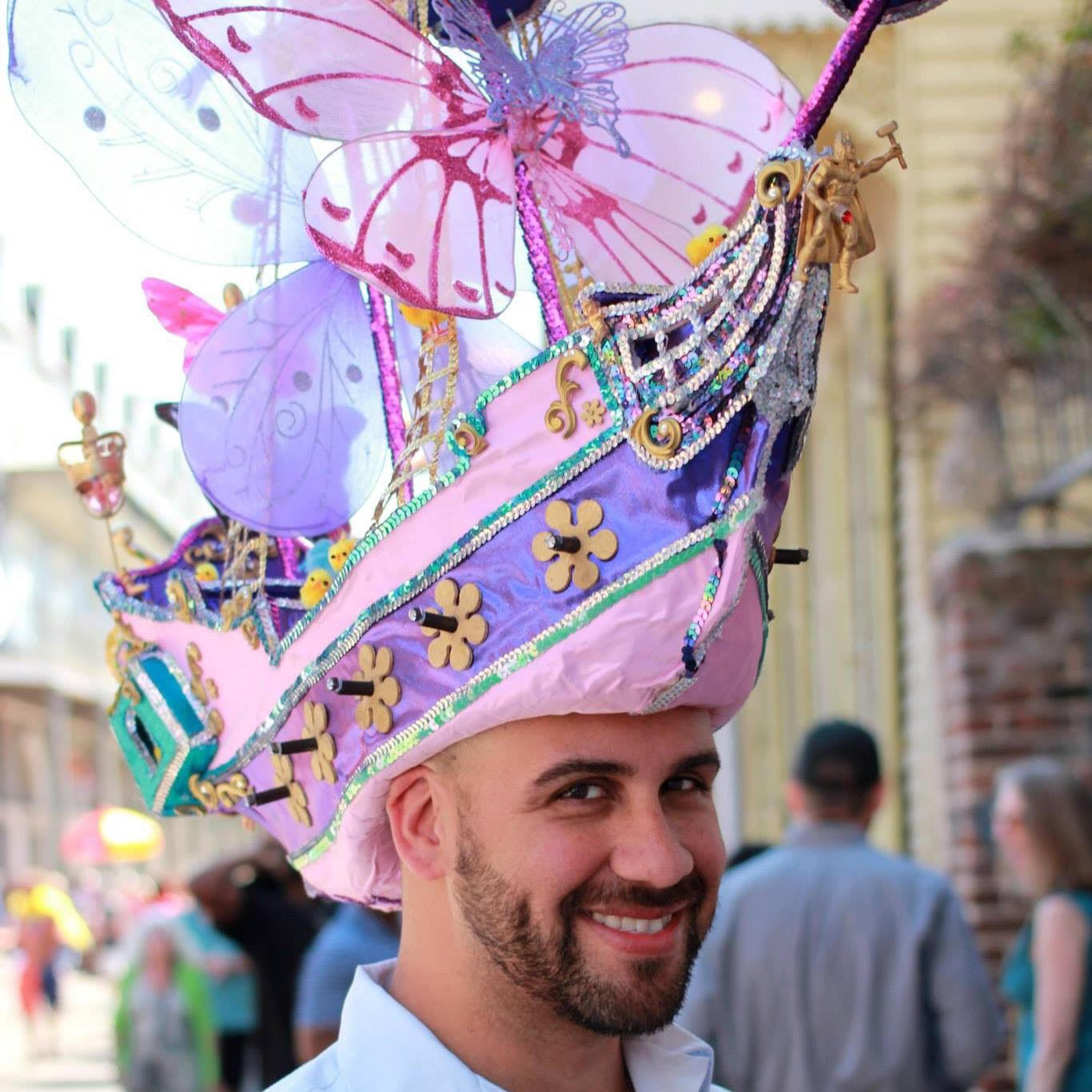 What do you do here in New Orleans?
I’m a member of the fabulous gay Mardi Gras krewe, the Krewe of Armeinius. I really love it! I get to socialize with good friends and create gorgeous gigantic costumes that we turn out every Mardi Gras at our insanely fun ball. To me, hanging out, having some cocktails, building costumes and fundraising with a bunch of catty New Orleans’ queens is as sweet as unicorn kisses.

Why is New Orleans is such a great place for LGBT people to live and visit?
People are so welcoming here and are quick to call you “baby” or “darling”, you feel welcome and part of the acceptance that surrounds you. This city has always been a beacon of gay culture and history. There are many gay organizations that predate Stonewall, such as the Fat Monday Luncheon and the Krewe of Armeinius. I love how open this city is and how little is taboo, most things that are considered outrageous in other cities are everyday and normal here. 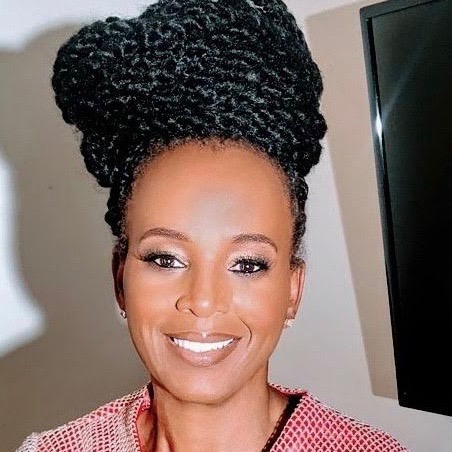 What do you love most about living in New Orleans?
I love my people, the food, the culture, and the music! I’m the Chairwoman of Outmusic, the LGBT Academy of Recording Arts (LARA) and Executive Producer of Outmusic Awards, the biggest night in LGBT music and entertainment. I’m currently working on transitioning the Outmusic Awards from a ground event to a live televised broadcast out of New Orleans.

What’s the best part about being a member of New Orleans’ LGBT community?
I love how supportive this LGBT community is. Everyone has been so receptive and ready to step up to work with me. I’m super excited about creating and producing music in my hometown. I love that the City has made such a strong commitment to the movement for LGBT equality! To see more from Deepa Soul, check out this video as she tries to teach local drag queen Varla Jean Merman to find her rhythm. 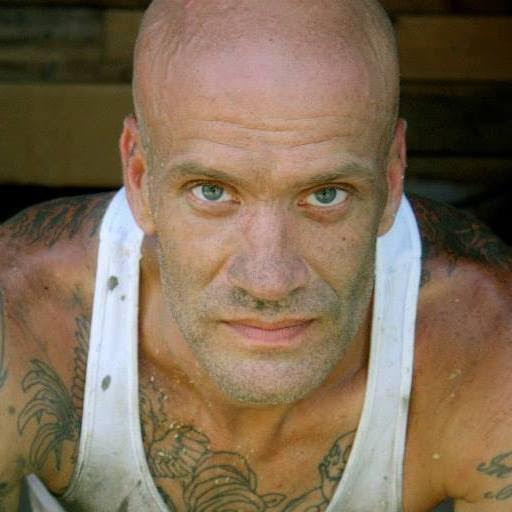 What do you do here in New Orleans?
I am a costume designer primarily working for independent theatre companies, namely the Tennessee Williams Theatre Company of New Orleans. I recently did costumes for an Ethan Hawke directed film, Blaze, shot in Louisiana. There are so many gay artists living and working here. It is such a creative city that it attracts so many phenomenal talents. And the costuming is unparalleled. People turn it out all through the year for different occasions, its magic to be a part of it all.

Why do you think New Orleans is such a great place for LGBTQ people to live and visit? Here, anything goes. Everyone calls you “baby”. Big Freedia is the Queen. The Easter Parade is literally gay, led by drag queens. New Orleans has always invited the outcasts and the decadents to its fold, and there has been a “live and let live” attitude to the city since its beginnings.

Get the Local Gay Perspective
Sign up for your monthly guide of all things lesbian, gay, trans, bi, and queer happening in NOLA.