From April 19-24, 2018, watch as the New Orleans Riverfront transforms from a quiet watch point to a home for tall ships and navy vessels. NOLA Navy Week returns to the Crescent City this spring after three years as a part of the New Orleans Tricentennial celebration. Jump on board navy vessels from the United States, Canada, France, and the U.S. Coast Guard, as well as tall ships from the United States, Netherlands, and Cook Islands during their dock in New Orleans. Below are six things you can’t miss during NOLA Navy Week.

1. Watch the ships along the Mississippi River

Head to the River on Thursday, April 19th to watch the navy vessels and tall ships dock throughout downtown New Orleans. Tall ships will be docked along Woldenberg Park, while the navy vessels will be at various wharfs along the Mississippi. The arrival times are approximate, but the first ships are expected around noon and the last by 4:00 pm.

*Editor’s Note: Tickets are now sold out. Two tall ships, Schooner When and If and Privateer Schooner Lynx will be open for sail-aways from Friday to Monday at Pontchartrain Landing. Choose between a 90-minute day sail or a two-hour twilight sail for an authentic experience onboard a tall ship.

Dance the night away on-deck and dockside the tall ships at Woldenberg Park. Live music, open bars, and delicious food will contribute to the black-tie birthday party on Saturday, April 21st. To end the night, a giant birthday cake will be shared below a firework display over the River. Tickets can be purchased here.

*Editor’s Note: This event has been moved to Manning’s due to weather. On Sunday morning, chefs from various ships will be paired with local chefs for a fierce competition in Woldenberg Park. The teams will be judged on a dish they create using seafood and Tabasco hot sauce, as well as other chosen products. 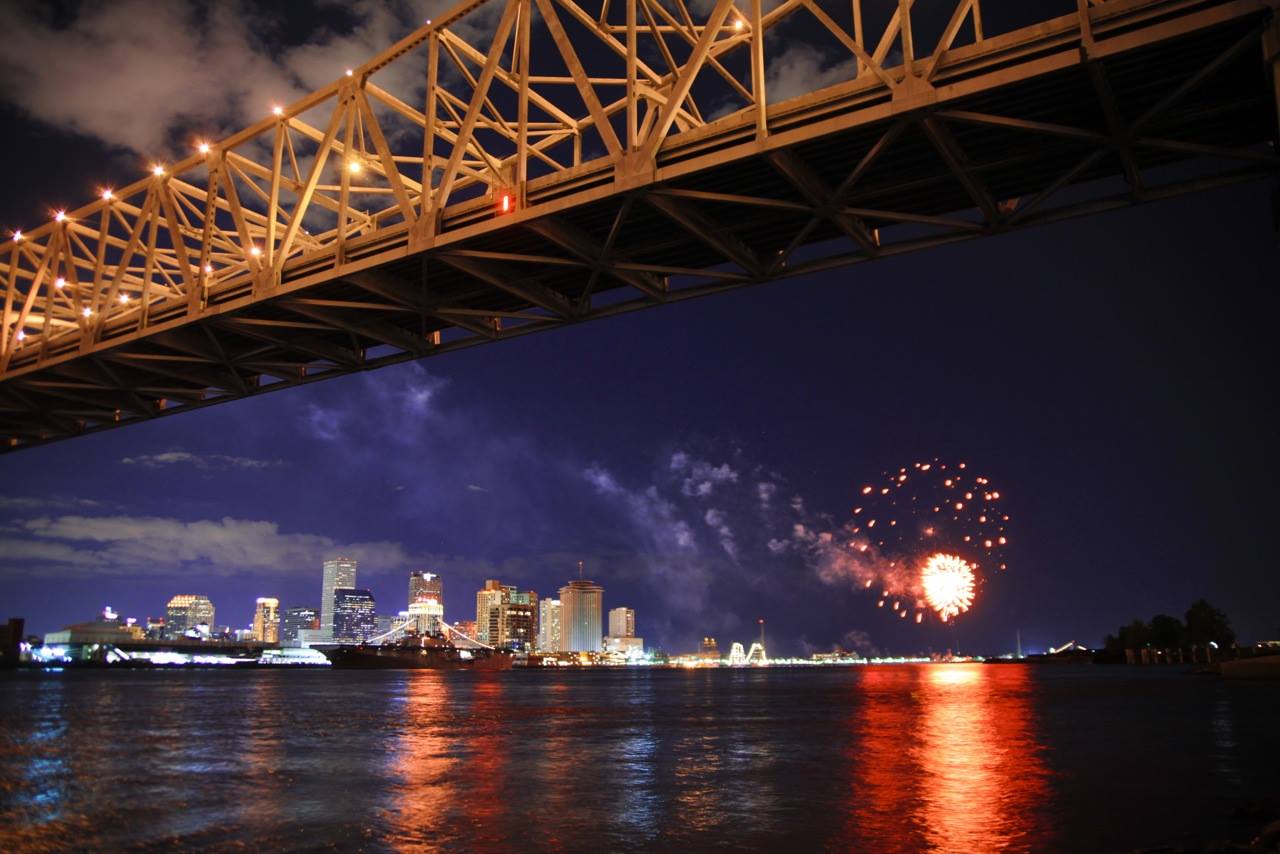 Fireworks on the Mississippi River.