A recent psychology article hypothesized that humans developed intentional humor as a display of their high intelligence in hopes of winning over mates. If that’s the case, then be careful about bringing your mates to Hell Yes Fest this November 6-10. For five days, comedians from New Orleans, Austin, Chicago, Los Angeles and New York will flex their advanced intelligence all over town, including at The Republic, the Hi-Ho Lounge and Cafe Istanbul. 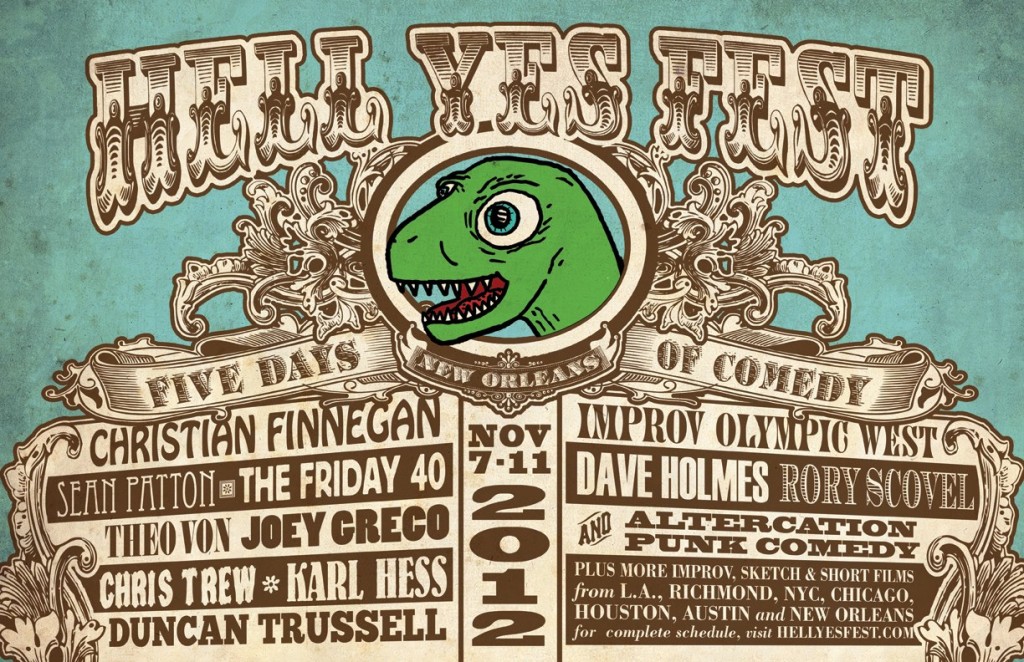 Before you start thinking that Hell Yes Fest is just another run of the mill comedy festival, read all the facts. Chris Trew, Creative Director of The New Movement, started Hell Yes Fest because something just didn’t sit right with him about how many comedy festivals were organized. His cure? Start Hell Yes Fest and run things exactly the way they should be. Instead of selecting the acts from a pool of applicants who paid to be considered, Chris and company went out and recruited the people they wanted to see perform. In other words, Hell Yes Fest gives us four days of the stand-up comedians, comedy troupes and improv groups that get the professional funny men laughing. Hell Yes Fest is bringing 30+ entertainers and groups to the stage.

Excitingly enough, the good news doesn’t end there. Tickets for practically all of Hell Yes Fest’s shows are a measley $10! Or if you want to spend Friday and Saturday hitting all the different events, you can buy day passes which give you access to all events those days for a mere $25 each day.

For more fun with food and drink in New Orleans, join us Just Off the Red Streetcar Line.