This weekend was one of those times that really felt like summer, and not just because of the liquid honey humidity that hung around us, but because there was a spontaneity and lightness all around. I’ve been working a lot, and haven’t had time to enjoy myself, but this weekend reminded me how great New Orleans can really be.

On Friday night I attended an opening for photographer Libbie Allen at the newly curated Jupiter Art Projects in the Marigny. Housed across the street from the R Bar, where hipsters lounged with PBRs and sampled the free crawfish on offer, Jupiter Art Projects is manned by ARTVOICES editor, Terrence Sanders. Allen’s show was a carefully chosen series of digital images spaced along the walls. Drawing comparisons to Nan Goldin, Allen uses composition and color theory to draw out her subjects. The women in the pictures are arrested, caught off guard. And they belie a certain vulnerability. Scars are visible – whether through a scraped knee or in the imperfections of the body – and because they show them with such candor, those scars act as a kind of statement of strength. “Oh, you’re looking at me?” the women in the photos seem to ask. “Okay, well go ahead and look. “ I did. And looked again. The show will run through June 12. 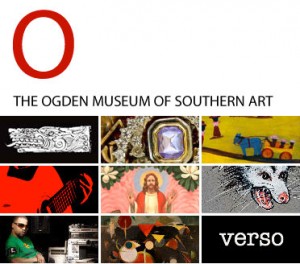 On Saturday, I attended the after-party for the O-mazing race, a wild scavenger hunt via horse-drawn carriage that benefits the Ogden Museum of Southern Art. The party, held at Republic in the CBD, was packed full of convivial characters who participated in the race, which included two sections of clue hunting and much frenzied sleuthing.Costumes were required to ride, and oil spill themes dominated the crowd of players, although Blues Brothers look-alikes and Scooby Doo doppelgangers also rounded out the bunch. All enjoyed the music of the “O-mazing Race All –Star Jam Band” along with Abita beer and appetizers. The O-mazing Race is just one of the hip, young events presented by the Ogden Museum’s Kohlmyer Circle – a group of young art lovers  who work to sustain the cultural life of the city through support of the museum.

On the way back from the party I ambled along an empty, darkened Julia Street with its cluster of galleries and spied the newest showing of Theresa Honeywell through the glass. Fresh Threads is the name of the show, presented at LeMieux Galleries. The piece I could see, a pink motorcycle covered entirely by a knitted material, nearly shone.

Everything was quiet, shimmering with possibility. It felt like summer. In the best possible way.