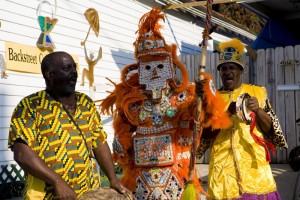 From October 16 through 21, the Tremé 200 festival will celebrate Tremé’s bicentennial as a part of the City of New Orleans. Tremé has recently become the most talked about neighborhood across the country thanks to HBO’s critically acclaimed series named for the neighborhood. For locals, Tremé has been a well-known neighborhood which housed the legendary Storyville district, served as the cradle of Jazz, was where many of New Orleans’ most famous musicians played and was one of the earliest homes to the Civil Rights Movement. Of course, Tremé is so much more than all of that – it’s also the home of Dooky Chase’s Restaurant, St. Augustine Church (the first African-American Catholic Church in the U.S.), Armstrong Park and the Yellow Pocahontas tribe of Mardi Gras Indians. The list is truly never-ending.

To celebrate the bicentennial of an area as culturally rich as Tremé, you’d need to have a pretty impressive line up of events and celebrities. Does the Tremé 200 festival deliver? Just take a look at some of the events!

Tuesday, October 16: Community Garden Revival – A community service initiative, Tremé 200 will restore the Tremé Community Garden which taught skills and served as a source of fresh food for residents of Tremé. The revival seeks to restore the garden and return the valuable resource to the community. 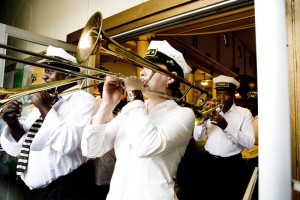 Thursday October 18:Let Me Do My Thang! – Kermit Ruffins, Shannon Powel, Benny Jones, Gregory Davis, Phil Frazier and Bill Summers discuss Tremé’s rich musical history and how Tremé’s culture has influenced and contributed to their own music. Discussions will be held at 11:00 a.m. and 5:00 p.m. at Perseverance Hall in Armstrong Park.

Tremé Bar Hop & Treasure Hunt – Tune to 106.7 FM on the radio and take a tour of many of Tremé’s sites and landmarks, such as Kermit’s Speak Easy, Candlelight Lounge, Basin Street Lounge, Mother-In-Law Lounge, Sidney’s Saloon, Bertha’s Place, Seale’s Lounge, and Zulu Social Aid and Pleasure Club. Plus, you might win something at the treasure hunt! The hop occurs at 5 p.m. at various locations.

Friday, October 19: Brass Under the Bridge -If you enjoy brass bands, this is a can’t miss event for you! The Tremé 200 festival has gathered together Hot 8, Rebirth, Dirty Dozen, The Original Pinettes and Baby Boyz Brass Bands to blow you mind. The party comes together at LeMann Park, Lafitte St. and N. Claiborne Ave. at 6:00 p.m. 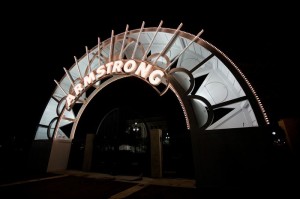 Saturday, October 20: Tremé 200 Bicentennial Celebration – Featuring a Gospel Stage and the Tremé 200 Stage, the Celebration will bring together musicians from all walks of Tremé’s musical history. Featuring more than 20 different acts, the day will be headlined by Kermit Ruffins. Not a bad way to spend a glorious fall Saturday. Music starts at 10:00 a.m. in Armstrong Park.

Sunday, October 21: Tremé 200 United Second Line – Get ready for the mother of all second lines! Thirteen different Tremé social clubs will parade with four different brass bands for a once in a lifetime experience. You need to be at 1210 Gov. Nicholls St. at 11:00 a.m. to see it kick off!

And that’s just a small portion of the events at Tremé 200! Check out the full listing of events.

For more food, drink and fun in New Orleans, join us Just Off the Red Streetcar Line!