When I arrive at the Amistad Research Center, I look up. Above me are opulent stained glass windows, the light passing through translucent reds, and blues, and gold. It feels right—this place is spiritual to me. As a Black woman writer and educator, nothing means more than being able to access and tell the narratives of those who shoulders I stand on; our tangible history as a people is behind Amistad’s double doors.

Today, the Center is tucked away inside the regal architecture of Tilton Hall on Tulane University’s Campus. But it was established in 1966 at Fisk University in Nashville, where it was initially used to house the historical records of the American Missionary Association. In 1969, Amistad became an independent non-profit dedicated to the history of people of color and grew rapidly. This expansion caused it to move to Dillard University and New Orleans Mint before finding its permanent home at Tulane in 1987. It was one of the first institutions of its kind in the United States, collecting African-American ethnic historical records and documenting the modern Civil Rights Movement. Today, it holds more than 800 manuscripts that are accessible for the public to consume.

It was here that I fell in love with Zora Neale Hurston again, reading her cheeky letter to her friend and fellow writer Countee Cullen about maintaining self-respect in a white “liberal” world. My fingertips grazing the same yellowish, thin paper she once touched. It was here that my eyes welled with tears as I looked over artifacts about Mary McLeod Bethune’s tireless work in education on behalf of Black girls. Here, my chest filled with pride as I read Fannie Lou Hamer’s personal reflections on being a civil rights advocate in the heart of Mississippi and what that meant for her and her family. 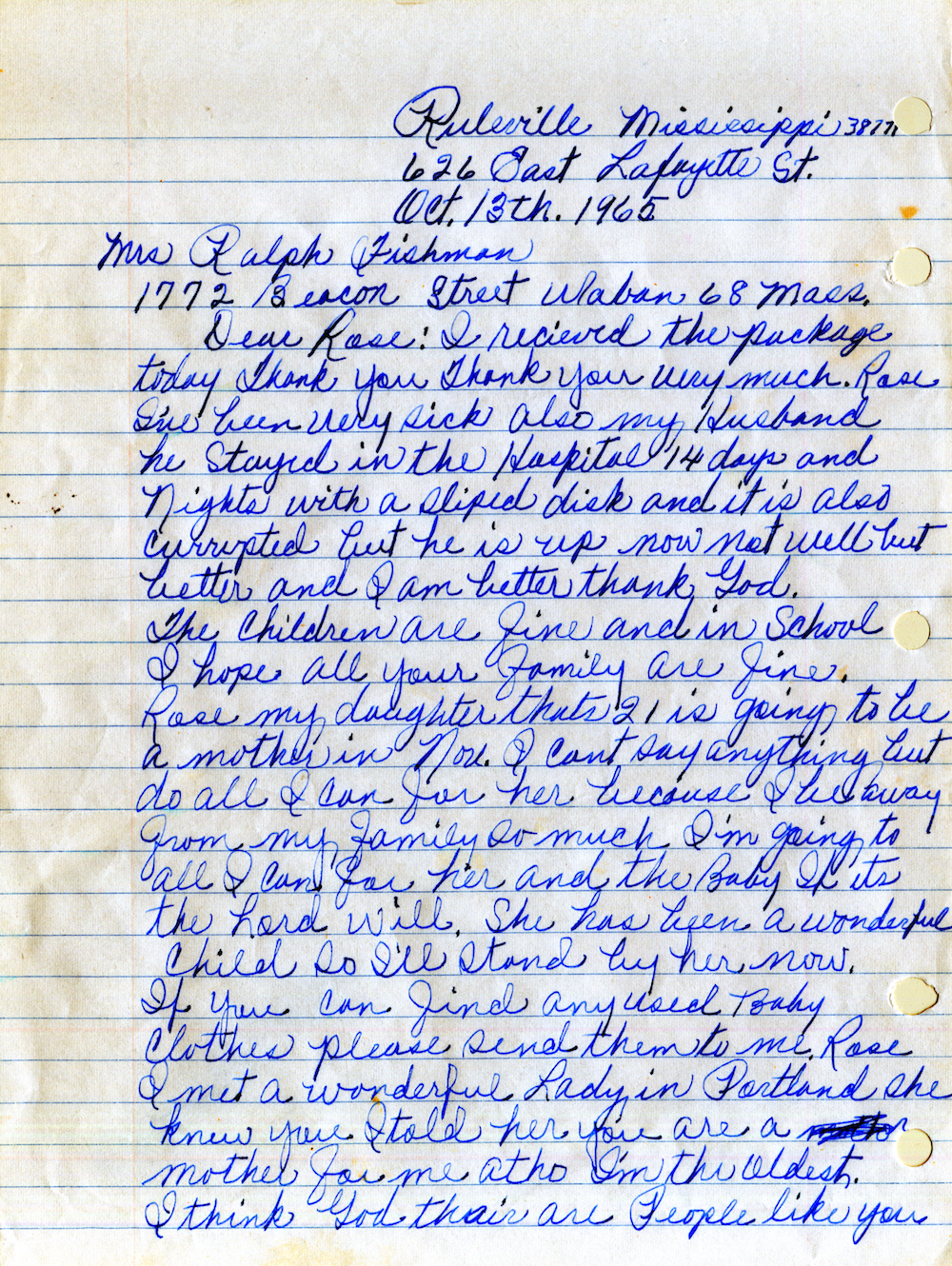 But I’m not at Amistad just for the notable figures. Even more touching than the papers of famous leaders are over a thousand oral histories from every-day people of color. You can hear from artists, educators, authors, business leaders, clergy, lawyers, factory workers, farmers and musicians. Their triumphs, tribulations, pettiness and love are all there for us to dissect and speak into the parts of our lives that need to be reminded of how boundless and human we are.  Their stories hold answers to our questions about how we move forward as a collective. This is the true seat at the table, where we lean closer for wisdom, and heal ourselves.

There is much to hear from the oral histories at Amistad. There’s also so much to see. The Center holds over 250,000 awe-inspiring photographs dating from the mid 19th century; each tells their own story. One of the photos I love best is of education pioneer Mildred Martinez. Her chestnut brown skin paired with a dainty pale blue dress reveal the portrait of a brazen woman determined to do for us.

In the 1930s, Black women weren’t allowed to teach in New Orleans public schools after they got married. Indeed, when Martinez got married, she was forced to resign—but that didn’t stop her. Instead, she opened the first pre-kindergarten school for Black children in Louisiana, including her four-year-old son. Some doubted her unconventional methods, but she did the unthinkable, and taught students across socioeconomic lines to read before they were six. She also taught them ballet to help develop self-control, and clothed them in the finest garb for their very own Mardi Gras parade. Her demure portrait is often a push for me to recalibrate my definition of excellence outside the “master narrative” and challenge those who claim innovation in current education spaces without acknowledging the genius of Black women then and now.

The archives are rich and full, but perhaps the thing I most admire about Amistad is its willingness to be forward-thinking. Race and identity are two of the most charged topics in America; one can only look at so many historical archives before yearning for a discussion on how we are taking on the charge of social impact today and what this means for our shared future. Amistad’s first woman Executive Director, Kara Olidge, knows this. She has noted how important it is that Amistad brings conversations that matter to the community. She’s helped pushed the dialogue out of books and into the ethos of the people. Amistad has hosted innovative panels, stunning exhibits on various artists and themes, and a free, public educational series called “Conversations in Color” where thinkers like Trans-advocate Janet Mock and Black Lives Matter founder Alicia Garza weigh in on race and identity in an intimate discussion format.

Within the history of slavery, race relations, African-American community development, and the civil rights movement lies a chance for us to reclaim the firsthand narratives of a people that have been grossly distorted in our society. When I look at that photo of Mildred Martinez, when I read the papers of Mary McLeod Bethune, I’m not just thinking of the past—I’m thinking of my own work as an innovative educator today. We can use the journey of our ancestors to dream and build a world more beautiful than our successors could have ever imagined. The Amistad Research Center is committed to collecting, preserving and providing open access to original material. All we have to do is show up—for ourselves, and for our community.

Editor’s Note: To visit the Amistad Research Center, or learn more about it, see the website.