While New Orleans is lauded for its rich culture and history, much of that history has a dark past rooted in the Slave Trade. More men, women, and children were sold in the New Orleans slave markets in the nineteenth-century than anywhere else in the country. New Orleans, the center of the antebellum cotton trade, was also the center of the domestic slave trade within the United States and its territories.

Between the 1808 US ban on the international slave trade and the close of the Civil War in 1865, more than one million enslaved Africans and African Americans were forcibly relocated from the Upper South (Maryland, Virginia, Washington, D.C., and North Carolina) to the Lower South (Georgia, Alabama, Florida, Mississippi, Louisiana, and Texas) of the United States.

This year, as the city celebrates its Tricentennial, we are also remembering the role the city played in some of the horrific parts of our country’s history. The New Orleans Slave Trade Marker and App, an initiative of the New Orleans Tricentennial Commission, is serving to do just that Here’s how you can be a part of the experience. 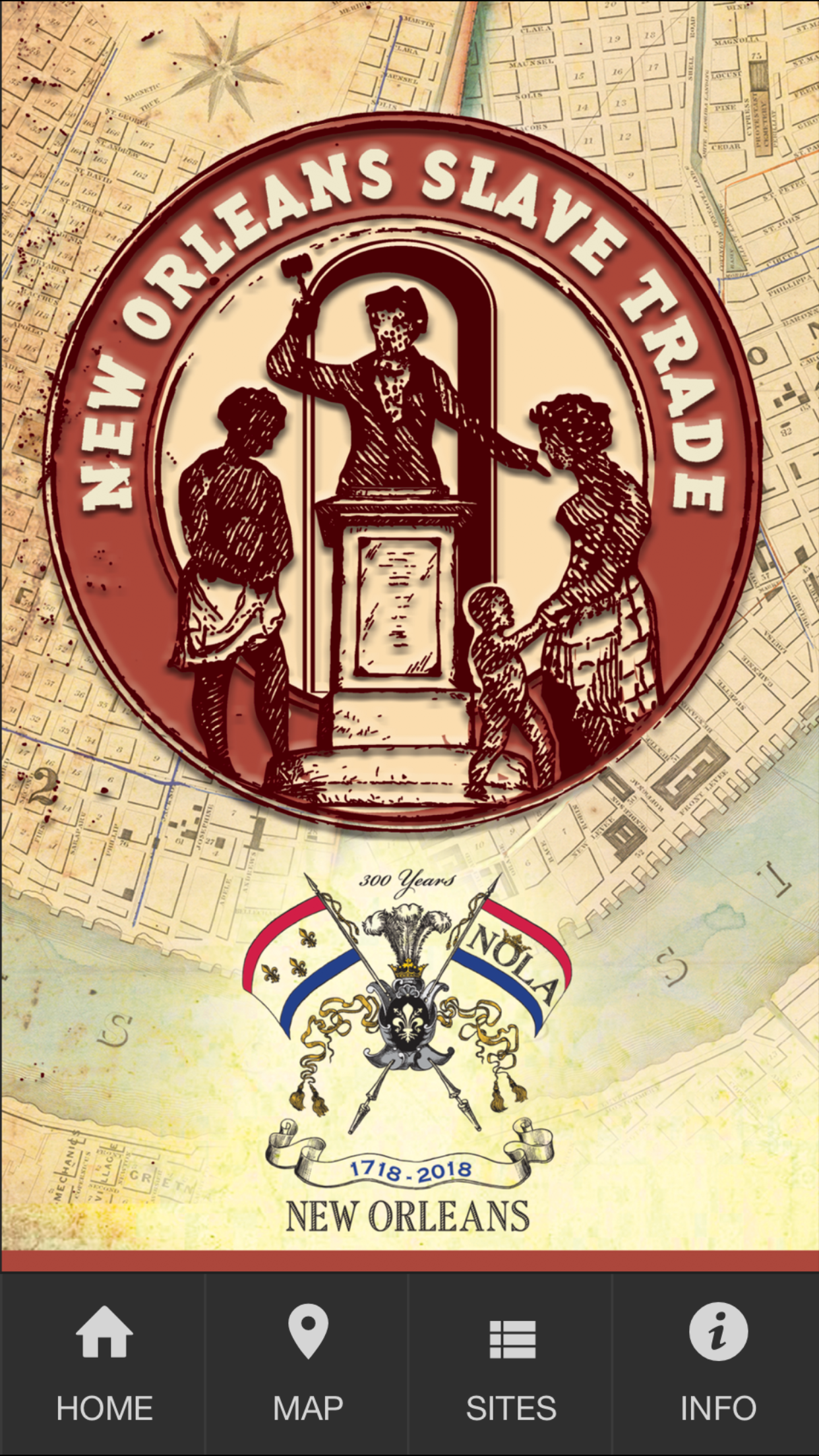 Working with city and state officials as well as property owners, six site-specific historic markers have been placed in locations with direct ties to the slave trade. To contextualize the history of the slave trade in New Orleans, the interactive app provides audio tours of the sites that incorporate historical overviews and images, explorations of intersecting themes, and first-person testimonies of enslaved individuals bought and sold in the New Orleans markets.

The New Orleans Slave Trade App is available as a free download through the Apple App Store and Google Play.