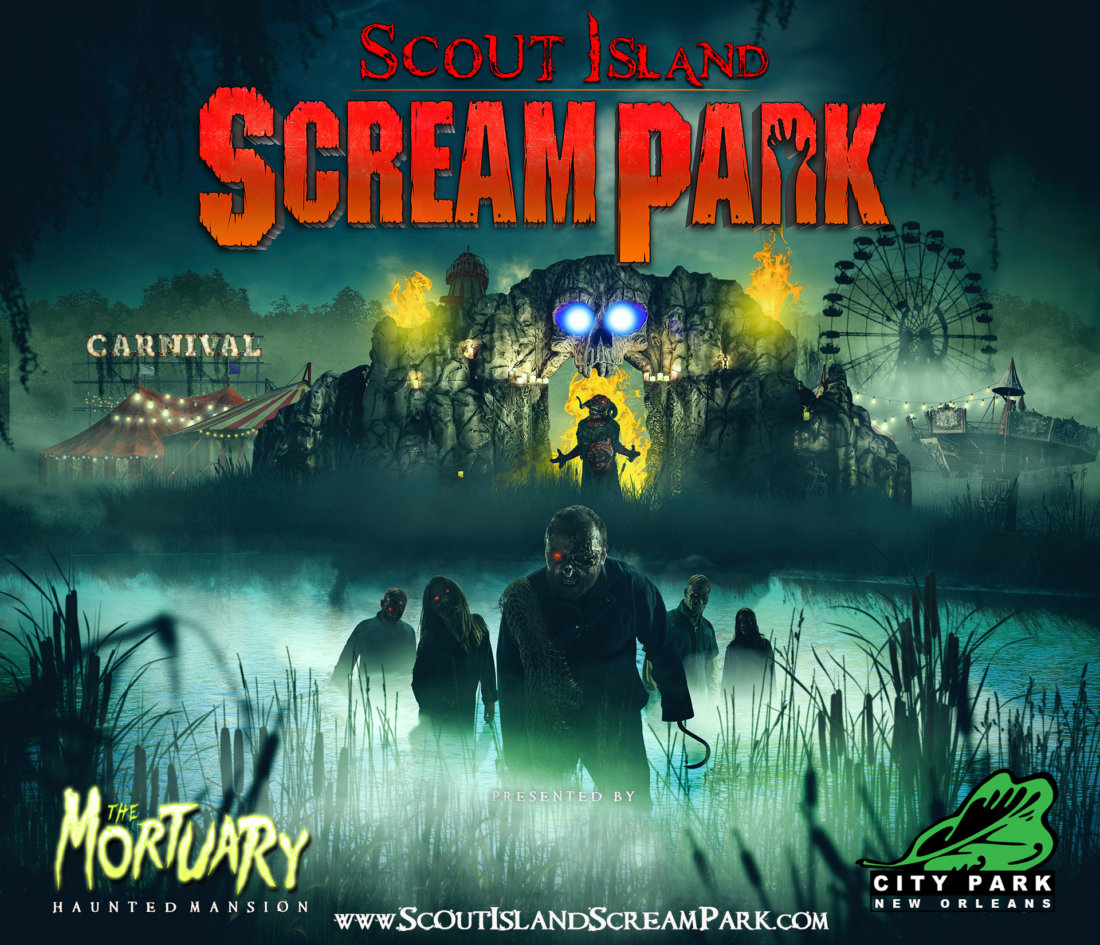 General Admission to the Scream Park is $20, which includes entry to Scout Island, the fright zones, the Kid’s Zone, carnival rides, and access to food, drinks, and live music. Additional attractions are pay as you go as follows:

Unlimited one-night passes include all of the above and are $49 per person, and VIP tickets, which allow guests to skip the lines, are $79. Visitors of all ages need a ticket to enter Scout Island. You can buy general admission tickets online and purchase add-ons and upgrades at the door.

Fright Zones are like outdoor haunted houses in areas throughout the island. Here, actors roam the area to startle and surprise you with creatures lurking in the crevices. Start with My Bloody Homecoming, where vampires will be lurking in the shadows. Grab some refreshments at the Kraken Pirate Pub and Music Hall. Here you’ll find craft beer, spirits, and upscale food plus a dance floor with live music or a DJ. The Boogie Spooktacular is the kid-friendly alternative to the seriously frightening fright zones, featuring a five-piece band getting down to the Monster Mash.

Scout Island Scream Park is home to four special haunted attractions, which cost extra for visitors. The Devil’s Swamp Haunted Terror Tour challenges guests to find a way to escape the haunted swamp that is the gateway to the underworld. The Zombie Outbreak Battlefield is an interactive, live combat zombie shootout which throws guests into a “fight or die” mission to survive a zombie outbreak. Visitors will be reminded of a video game as they work in teams to clear the undead out of an infested military base. New this year is Pharaoh’s Fury, which digs up City Park’s own haunted history of when they hosted Egyptian royalty. Stitch’s Body Emporium is…well, you’ll just have to experience that one for yourself.

Scout Island Scream Park is open to children during the daylight hours, allowing families to bring their younger children. The Kid’s Zone section of the island offers a pumpkin patch, face painting, a bounce house, a hay bail maze, and an entertainment tent. Kids can ride a tractor through the wooded perimeter of the swamp for family-friendly Halloween fun.