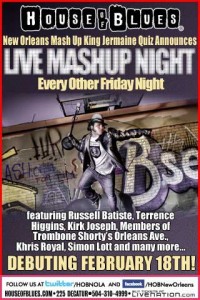 One of my favorite people and musicians in the city is Jermaine Quiz of Jealous Monk. This young talented man is all over the city and has his hands in many projects which include the Saturday Night Mash Ups at The Bridge Lounge (http://bridgeloungenola.com/)  on Magazine St. and a Bi Weekly Mashup Night: Fridays at House of Blues(http://www.houseofblues.com/venues/clubvenues/neworleans/) starting February 18th, March 1st, March 18 and April 8. Some of the artists include:Russell Batiste,Derrick Freeman,Kirk Joseph,Terrence Higgins,Khris Royal,James Martin, M@ Peoples. Quiz hails from the East Coast from a Chilean Father and Italian Mother making him someone full of latin flavor. I asked Jermaine Quiz some questions to help us get to know this young talent who will undoubtedly be around in the New Orleans music scene for years to come and here’s what he had to say.

1. Where are you from and what brought you to New Orleans?
I came to New Orleans to study music Business at Loyola. I had never been here before. I don’t think I’m ever leaving

2. Can you talk a lil bit about your Latin roots, where is your family from? Have you visited the mother land lately?
I’m half hispanic and half italian. a very hot blooded concoction. My father is a Proud Chilean that was forced out of his country for his political beliefs. He was a proffesional soccer player and a socialist.
I havent been back there since I was there for almost a year, 9 years ago. wow the time does fly. I really want to go back there when my music schedule opens up. I get my musical talent from his side. My grandmother and her sisters were guitar players and singers that had a traveling band together. They sang the equivalent to folk/country music in this country. my father also sings tangos and plays the trumpet.

3. How would you describe your style of music?
I play in different bands but i focus on Funk/hip hop that is influenced by many of my influences spanning genres including soul, batucada, reggae, rock, samba, bassonova, blues and jazz.
Jealous Monk is my funky live hip hop band and Jermaine Quiz Entourage is my Mashup Project. 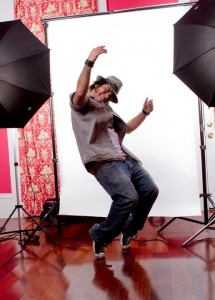 4. What do you hope to accomplish as a New Orleans musician?

I really hope to spread the vibe of this great city. It is hard for a musician who doesn’t play the traditional New Orleans genres. Even though we are unmistakably new orleans, we aren’t as easily welcomed onto the scene. But I have been the most lucky. I have had the privilege of playing with the best and most respected musicians in the funk genre. Some of these amazing cultural ambassadors include Kirk Joseph, George Porter, Bernie Worrell, Johnny Vidacovich, Walter Wolfman and Russell Batiste.

5. So you have the Saturday Night Weekly Mashups at Bridge Lounge, Can you explain to our readers what that show is about?
Mashups are two or more songs remixed and put together to make a new composition. Usually its done in a studio on a computer. We do it in the live setting with the added elements of live instruments incliuding Saxaphone(usually James Martin), Violin and drums.
We Basically play 60’s/70s funk mashed with hip hop or pop music. its a dance party.

6. Have you releases any CD’s, if so where can we purchase them?
You can download the Jealous Monk Cds at NewOrleansFunk.com and my Jermaine Quiz stuff is located at http://jermainequiz.bandcamp.com/
I just came out with a new Mashup Mixtape, Jealous Monk will release a remix album in Late January 2010 and I will have my new solo album late february 2010, 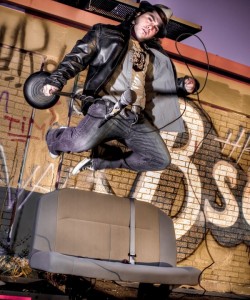 7. What are some of your short terms goals (say the next 5 yrs). and long term goals (25 years)?
Keep getting out of this city and spreading the new orleans flavor in major arenas around the world. Next 5, 25, 50 years.

8. What do you think needs to change in the local New Orleans music community to make it better?
I think the younger generations need to be nurtured more from the music business infrastructure here. also, I think we need a music infrastructure here. We havent been successful as a city in exporting this music. we need to change that. we are making good steps towards it but New Orleans should be one of the biggest musical hubs in the world.

9. What would you like the Hispanic community to know about yourself and your music?
Even though i dont do straight latin muisc, you cant separate the latino in me! We have to stick together around here no matter where in the world we are originally from.
I love all of yall!